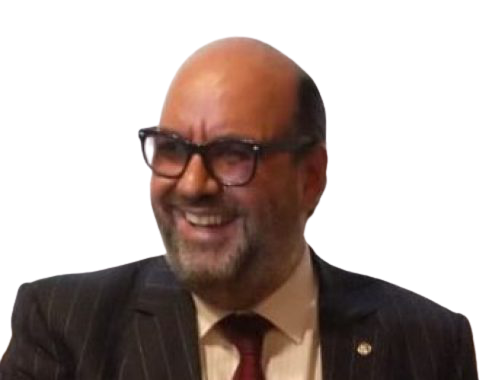 Born in 1973, in Venice. Graduated in Philosophy and Theory of Sciences at the Ca'Foscari University of Venice.

Secretary General of the ‘Premio Mantegna’ in 2007, 2008 and 2009, within the pact for contemporary art signed between Italian Regions and the Ministry of Cultural Heritage and Activities internationally fo famous artists.

He promoted and coordinated many cultural and social events, international art exhibitions and fashion shows.

Formerly Vice-president of the Young Innovators Association ANGI, Advisor of Italy Japan Foundation, whose President is Ambassador Umberto Vattani, successor to Umberto Agnelli, based at the Farnesina.

Responsible for External Relations of Reportdifesa.it, website about International politics, dealing with themes related to national and international defense and military culture and history.

In 2020, with XXXII Edition - Milan 2020, he was awarded with the Premio della Cultura because he is "internationally known for being, with diplomacy, management, professionality and refinement, an innovative and conversing figure between Italy and the international context, with a special attention to Japan; from Venice, he became a bright and cultured lighthouse whose radiance worldwide and on the uncountable features of the contemporary days. For all this and also for his attention to and collaboration with prestigious cultural events, Mattia Carlin received this award of excellence".

As for his academic career, in 2021 Dott. carlin has been appointed by the School of Management of LUM University in Milan: Scientific Director of the Master in "Diplomatic, Economic and Strategic Perspectives in Global Scenarios".

Mattia Carlin is a corporate philosopher with a strong experience in business scouting for the large-scale industry and External Relations.